We have amongst our staff and members some of the most experienced people in airborne exploration and data processing in South Africa with a combined experience of over 120 years in the business. Our management team is very proactive and are constantly researching new technologies and new ways to add value to our product.

Dr. Edgar Stettler is an internationally renowned geophysicists based in South Africa.  He was the senior geophysicist in charge of airborne geophysics for the geological survey of South Africa for diamonds, groundwater, minerals and uranium exploration. He is highly experienced in engineering geophysics, theoretical developments, and interpretation of geophysical data, software development in Fortran and C++, Matlab.   He was in charge of the Geophysics Division and the Acting Adjunct Director for the South African Council for Geoscience.

He has been the technical controller for World Bank funded airborne geophysical surveys in the Islamic Republic of Mauritania, Mozambique, Madagascar and Morocco, as well as the technical controller of a small airborne gravity gradiometer survey over dolomitic terrain in South Africa and developing interpretation software for airborne gravity gradiometers.  He has been involved in a number of technical innovations.  Geonics of Canada, a major manufacturer of electromagnetic geophysical equipment based their borehole electromagnetic technique partly on his Ph.D. work and their patent is based on his Ph.D. and also references it.  He was the project leader for the team that developed the instrumentation and methodology for the Magnetotelluric Technique for the Council for Geoscience, as well as the project leader for the development of the ultralite airborne platform which now successfully records magnetic, gamma-ray radiometric and near infra-red spectrometer measurements.

Dr. Stettler has been honoured as an Extraordinary Professor in Geophysics by University of Pretoria and as an Honorary Professor of Geophysics by the University of the Witwatersrand.  He is a Fellow of the Geological Society of South Africa and an Honorary Member of South African Association for Geotechnologists.  He is an active member of and has chaired several geological societies.  He has written and co-written several books on geophysics as well as lectured at universities and conferences.

Donovan has 22 Years’ experience in airborne geophysical surveying including airborne magnetics, radiometrics and gravity surveys, data acquisition and data processing.  He excels at field logistics and aircraft logistics and has jointly developed in-house acquisition systems and software.  He has been Project Manager for surveys such as oil in Gabon, Tanzania for offshore gas, heavy sands minerals in Madagascar and Mozambique, diamond exploration in Angola, resources in Botswana and Zambia.  He has over 2 million km’s of data collection and processing  and a wealth of cultural, international and business experience. 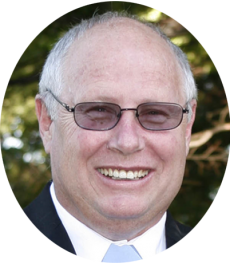 Allan has been involved in the development of a geophysical ultra-light system in conjunction with the Council for Geoscience and has been responsible for geophysical modifications on Eurocopter B2, B3, Gazelle, and Bell series, Cessna 208, Cessna 210 and Cessna 206.  He started an aircraft maintenance organization to support the growing need of an airborne geophysical fleet.  He has been responsible for multi project operations in various African countries including being Operations Manager for a large offshore airborne project for Rio Tinto off the Kwa-Zulu Natal coast, and recently for Spectrum in Norway. 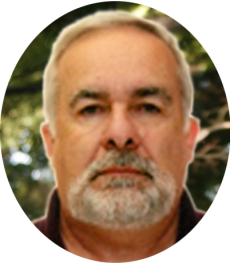 Keith Hall is highly experienced in the design, installation, calibration and certification of multi-sensor equipment arrays in a variety of fixed wing and helicopter platforms, as well as flight/field crew training on system operation, system repair and upgrades.  He provides technical support to sales and marketing team.  He implements schematics, diagrams and written/verbal descriptions to effectively solve engineering project issues and assists in project completion by effectively applying engineering, technical and maintenance procedures.  Keith collaborates with engineers at the new product introduction phase to develop and verify design changes, as well as initiates contact with vendors and built solid working relationships.